giggsy is a member of Mermaid knights guild, after leaving The white dragon at level 290 in May 2008 in a difficult move, leaving many friends behind. He is also known as 'The Sunburned Manfish with the Don King Haircut', a named coined by Helst0rm. giggsy also is a member of the Mermaid Knights faction in SigmaStorm2, also overseen by HCS.

Please send me a fsp if you enjoyed this photo

I do not have any specific buff packages or discounts, but if you buy 3 buffs or more I will also give some discount. Also, if you buy buffs from me on a regular basis, I will discount further.

Giggsy's Gigglers is the official giggsy fanclub. Each member gets a Giggler number in the order that they signed up, and each member is allowed to choose their own giggler quote.

see Helst0rm or Shadow30 to join the fanclub

Helst0rm: Giggsy, I touched the monkey... I feel dirty inside, is that how I'm supposed to feel?
giggsy: Yes you should feel dirty, but also satisfied.

Winner Bronze Medal for Most XP Overall and Silver Medal in the Epic Class (lvl 200+) in the The White Dragon Leveling Tournament 2008! 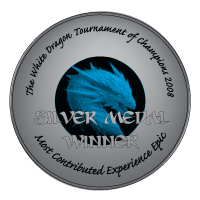