Reborn from the ashes, the Firewalkers guild is spreading around the realms with a reborned flaming spirit.

We are a guild like many others with the purpose of playing the game and enjoy it.

We are full at the moment and no more players slots available. New admissions will be done when someone leave the guild.

The history of the Firewalkers guild is a long bad and sad story. The guild was founded in the first week on December 2007 with just few ordinary people, the guild was coming along like any other. By the end of December the guild went through its structural and ownership changes. Jmaisc was elected the new guild founder and Zeamda as the co-founder with recruiter Minsk for fishing new talents in to the guild, the trio(JM,Z & M) 'walked the fire' and made an awesome guild in the game. There are many other great firewalkers who needed to be honored for their valuable services in the guild. With in a short span of 3 months Firewalkers guild reached the Top spot in the guild rankings to 110 and is the 9th Richest guild in the game. 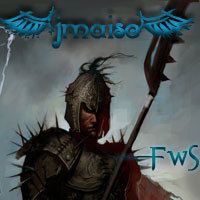 This rank is defined for players that can't play due to holidays, school, etc.

This rank will be applied to players that are not contributing to the guild and remain inactive for a long period of time. When this happens players will be notified by message and have some time to became more participative and avoid be invited to leave the guild.

We apply a Guild tax of 25% to all players for the upkeep. No other contributions are mandatory.

We appreciate any donations from Guild members. Donations will be used for Guild buildings upgrades

Army of the Elves

Prophecy Of the Dark Raven

Werewolves of the silver moon

Lords of The Forgotten Realm

The foundation of this guild is mutual respect and cooperation. We support each other in advancing in the game by sharing resources and buffs. Advancing in the guild is achieved by contributing experience and by agreement of the senior members. Access to guild equipment is provided through rank leaders. Guild members are taxed to provide regular support to the guild. You may chose to contribute additional gold, FSPs or equipment. The following rules must be followed in interacting with fellow guild members, or you may be demoted or removed from the guild at the discretion of the guild founder and council.

1) Respect guild members and others in all communications, including chat and private messages. This specifically includes following the usage agreement, especially, "A player shall not transmit through the Service any unlawful, harassing, defamatory, libelous, slanderous, disparaging, privacy invading, abusive, threatening, harmful, misleading, obscene or otherwise objectionable material of any kind." Please watch your language and play well with others.

2) Guild members are also expected to respect players outside the guild, especially allies, as members' actions reflect on the guild as a whole. Members are responsible for the consequences of their actions. If attacked, members should report the attack to rank leaders, who will take the necessary actions to identify the aggressor and the reasons for the attack, and to define a solution to the situation, either through a compensation agreement or through an organized attack bounty. Individual actions taken without the authorization of senior members may not receive the support of the guild.

3) No spamming. Do not repeat the same message multiple times in chat. Do not beg for money nor FSPs. If you need help ask your guild rank leader or post it in chat.

4) Any items dropped in the guild store, either directly or by group attacks, are considered property of the guild. Any equipment owned by the guild, including that in the guild stores, may be redistributed to members or sold to support the guild. Removing items without authorization is considered theft and may be punishable by removal from the guild. Quest items will be returned to the group leader. Before placing common items in the guild store check first with your rank leader or senior members to see if they can be reused. If not, please destroy or sell them.

5) Guild members are expected to play and advance regularly. If you will not be available to play for some time, notify a senior member to be placed in the Holidays rank, otherwise, you may be removed from the guild to make room for new members (see note).

These rules are subject to change at the discretion of guild founder and council.